Black-necked cranes (Grus nigrollis) were just discovered at the end of the 19th century. They are similiar in size as the Eurasian crane (Grus grus), but much rarer. About 450 individuals spend the winter in Phobjikha Valley (Bhutan). There, members of Crane Conservation Germany and the Royal Society of the Protection of Nature transmittered two Black-necked cranes with a GPS-tag at the end of January 2019. The information, which will be sent daily by the tag, will be used for conservation measurement plans for this vulnerable species in Bhutan.

The picture shows an adult crane (left) and a young crane in its second calendar year (right).

A ring for a crane 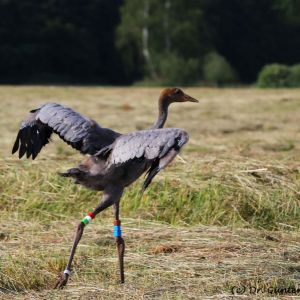 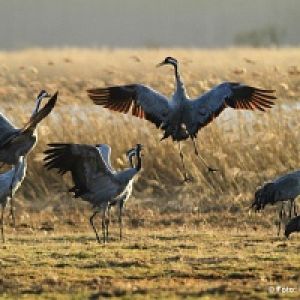 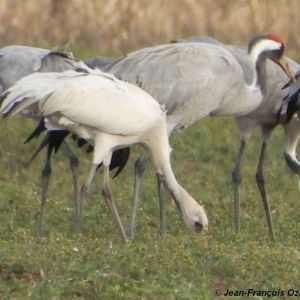 A long journey to Bhutan 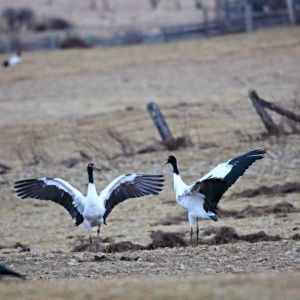