Every year in mid-August the counting of resting cranes in Germany starts. On nine fixed dates the number of cranes is recorded simultaneously at all roosting areas. The team from the NABU crane center joined the counting as well as many other crane counters: In the evenings of 14th/15th August those cranes were recorded, that arrived at the main roosting place at the Isles of Werder in the region Darß-Zingster bodden chain and island Rügen.

Kenneth Küper and the other counters were surprised by a spectacular scenery: cranes flying through a beautiful rainbow. They counted about 350 cranes using this roost. The resting population in the whole region is currently estimated at around 1,350 cranes, including the exact results of the individual counts, that have been forwarded to the crane center and summarized. 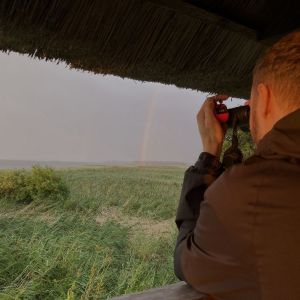 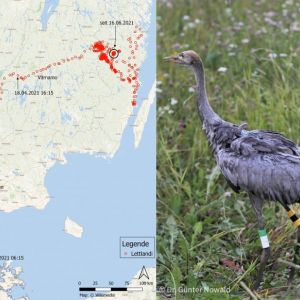 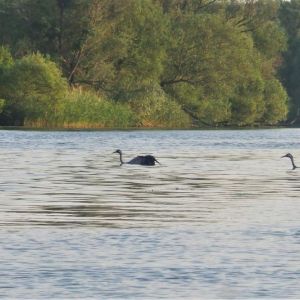 Where is the crane heading to? 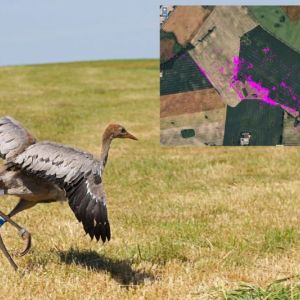